Where Can I Get Free Mulch? 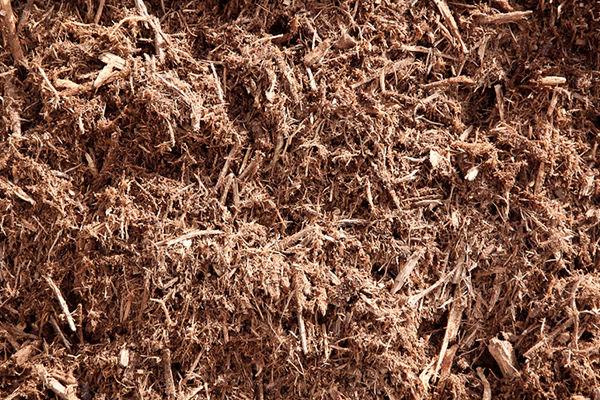 Often we get the question from homeowners: Where can I get free mulch? There are more than 400,000 U.S. landscaping companies, and some produce so many wood chips that they’re literally giving mulch away for free. Other landscaping services will offer to dump mulch at your house for a small delivery fee. If you’re one of the 49% of Americans who will garden this summer, that might seem like a tempting offer.

And while free mulch might be appropriate for covering dirt trails, you’ll want to keep it far away from your garden, nursery, or other landscaping features. That’s because free mulch contains mostly ground up food and leaves. Not only that, but some gardeners find trash, metal, and other debris in free mulch. That also makes it a dangerous choice for playgrounds or other areas where children play.

As that mulch breaks down, depending on its composition, it can suck up nitrogen from prized planting areas. If you’ve put time and love into your garden already, then it’s worth investing in premium mulch. Plus, unlike bulk wood chips dumped out of a truck, premium colored mulch adds to the aesthetic value of your garden, too.

Premium Hardwood Mulch: Unlike bulk mulch, hardwood bark mulch is made entirely from shredded tree bark. That means it retains moisture for your plants and even stops weed growth. This mulch is typically brown in color and either double or triple shredded.

Colored Mulch: Colored mulch is similar to hardwood mulch and has many of the same benefits, but enhanced with colors to complement various garden and landscaping designs. Colored mulch delivered in the early spring can help regulate soil temperature come summertime.

Playground Carpet Mulch: For when you need to protect kids instead of plants. Carpet mulch is made from finely shredded wood chips and offers a soft (and clean) landing for kids taking a tumble off the swing set.

Leaf Mulch: Leaf mulch does wonders for garden soil. As it decomposes it adds nutrients to the soil, and even better, it attracts earthworms.

Some landscaping companies might make you think they’re doing you a favor by dropping off free mulch, and you might get lucky with a quality batch. Unfortunately, they’re often just dumping trash on unsuspecting gardeners.