Saunders Landscape Supply provides Bethesda, Maryland, and surrounding areas high-quality landscaping supplies, including topsoil, mulch, gravel, stone, sand, and firewood. We deliver our hand-selected and quality-guaranteed products for FREE to Northern Virginia and Maryland. We have proudly offered landscape supplies for bulk delivery for decades, becoming a household name in landscaping supply. Since 1994, Saunders Landscape Supply has served Bethesda and neighboring areas. Our premium-landscaping supplies have beautified Northern Virginia and Maryland neighborhoods for over 20 years. Our products include organic topsoil and compost, playground and color-enhanced mulches, river wash and pea gravels, crushed and recycled concrete, white sand, seasoned firewood, and much more. Check out our full listing of products for more information about our extensive slate of products and affordable prices. 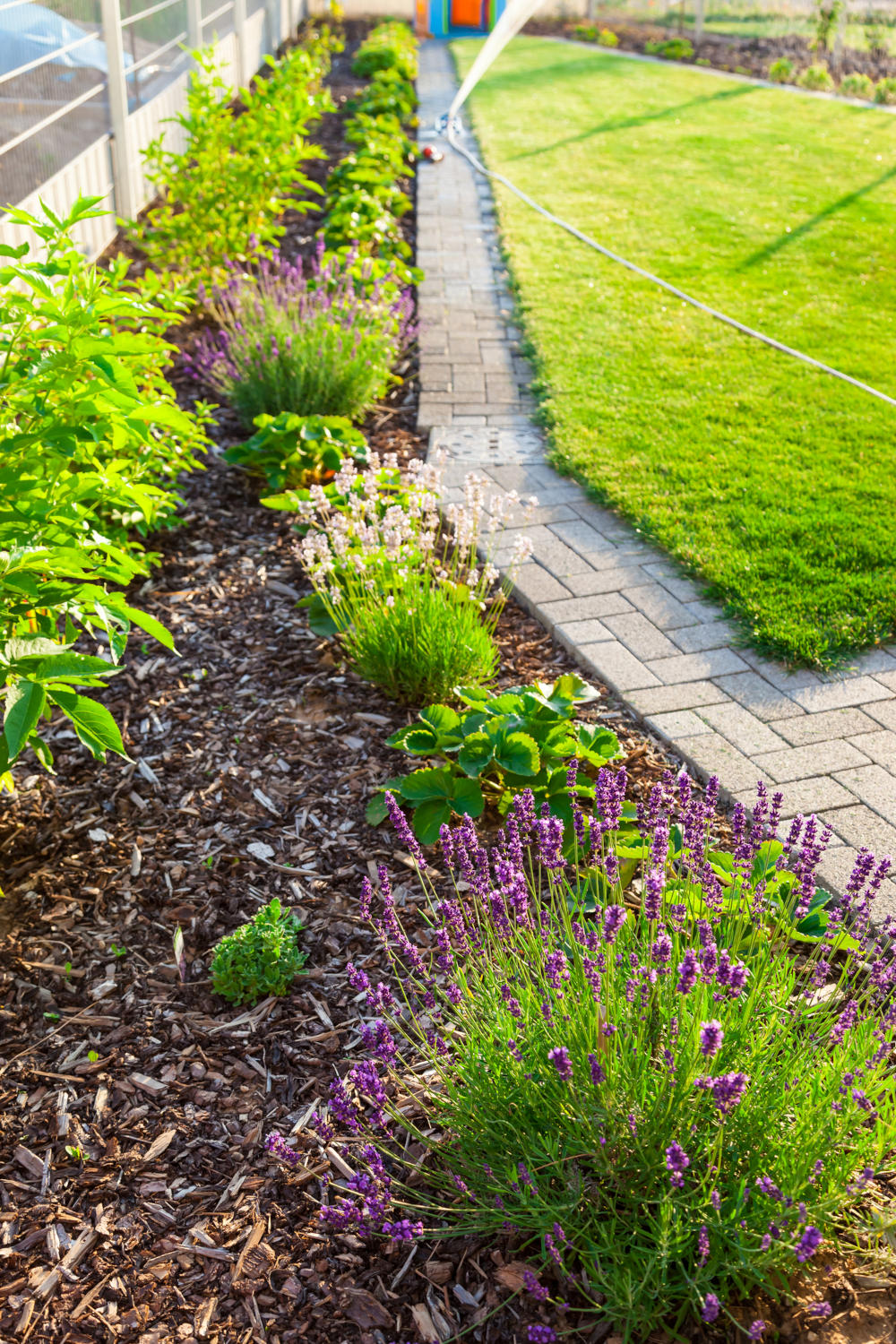 Though Bethesda is located a mere stone’s throw from Washington, D.C., the nation’s capital, it is a vivacious urban center and destination in its own right. Known for its charming downtown and picturesque neighborhoods, entertainment and arts scene, and growing business community, Bethesda is home to a vibrant mix of native Maryland residents, young professionals and families, and new residents drawn to Bethesda by its many attractions. Originally just a bend in the road, Bethesda grew slowly throughout the 19th and early 20th century before expanding rapidly in the 1970s and 1980s. In the late 19th century, Bethesda served as a way station for transporting good up and down the East Coast. By the turn of the century, Bethesda had grown into a small community, no longer merely a rural stopping point. In the 1940s, the National Naval Medical Center and the National Institutes of Health (NIH) were built in the area, bringing an influx of new residents to the region. When the Metro reached Bethesda in the 1980s, connecting it to Washington, D.C., Bethesda blossomed, becoming a business and employment capital of southern Maryland. Bethesda is known for its lively outdoor spaces and thriving arts and cultural scene. The area plays host to some of the nation’s finest music, food, and visual arts. At the heart of Bethesda lies the Arts & Entertainment District, which is jam-packed with galleries, arts venues, and street art. The Strathmore, a state-of-the-art performance center, hosts international musicians, actors, and performers throughout the year. Additionally, the Strathmore hosts a number of affordable and accessible arts programs and intimate performances at smaller venues. Each year, Bethesda hosts “Taste of Bethesda,” a famous food and music festival that brings people from all over together to enjoy live entertainment and delicious food. Wherever you go in Bethesda, something exciting is happening. Bethesda is a residential area, housing a number of beautiful neighborhoods that bring together the rural charm and urban comforts that define Bethesda. For years, Saunders Landscape Supply has served customers in Bethesda, providing high-quality landscaping products for a wide range of gardening and landscaping projects, preserving the beauty of Bethesda’s unique neighborhoods and gardens.

Saunders Landscape Supply carries a wide variety of locally produced mulches to fit all of your landscaping needs. We supply Bethesda and nearby communities with a wide variety of mulches, including cedar, leaf, hardwood, playground, commercial grade, and color-enhanced mulches. For every landscaping endeavor, we carry a mulch that will revitalize and reinvigorate your work and ensure the health of your gardens, flower beds, plants, and trees. Additionally, we deliver all of our high-quality mulches directly to your doorstep, making beginning a new project easy and effortless.

Beyond refining any garden or landscaping project and creating a well-manicured and polished appearance, mulch has a number of benefits that make it a must for any well-cared for landscaping endeavor. Mulch suppresses weeds, moisturizes your soil, controls insects, prevents soil compaction, and insulates soil. Effectively, mulch provides your plants with a safe and nurturing home to grow and prosper.

For every landscaping endeavor, we carry a mulch that will revitalize and reinvigorate your work and ensure the health of your gardens, flower beds, plants, and trees. For years, Saunders Landscape Supply has delivered our “Native Soil,” produced and sourced locally in the Washington, D.C. area, to Bethesda, Md., and the surrounding area. We screen our topsoil prior to delivery to ensure that our topsoil is properly aerated, allowing air, water, and nutrients to penetrate the soil easily and cultivate your plants. We regularly test our topsoil for proper pH balance and acidity, ensuring that your plants will thrive. Topsoil rests directly above your natural soil bed, and is generally somewhere between two and eight inches thick. Topsoil ensures that your plants remain healthy and vibrant by providing them with essential nutrients, water retention, and aeration. Topsoil contains a larger proportion of organic matter than other layers of the soil, giving plants (along with essential bacteria, fungi, and microorganisms) with the nutrients they need to survive.

Saunders Landscape Supply carries a wide range of stone and gravel products—all of which we deliver directly to your driveway in Maryland and Northern Virginia. Our products include small pea gravels, river wash gravel, blue stone, crushed stones, recycled concrete, large landscaping stones, and much more. Our gravel comes in a number of shades, sizes, and shapes to meet your landscaping needs.

Not only is gravel a visually appealing ground cover, but it is an extremely affordable alternative to asphalt and concrete. Hard surfaces like asphalt and concrete are difficult do-it-yourself products, and require cutting, mixing, curing, measuring, and often, labor costs. Gravel requires almost no preparation, is cost-effective, and extremely easy to install. As soon as we deliver your gravel (for free) to your door, you’re ready to start installing it! Moreover, you can select the perfect grain, color, and style of gravel to match the look you are hoping to achieve.

Gravel requires almost no preparation, is cost-effective, and extremely easy to install. As soon as we deliver your gravel (for free) to your door, you’re ready to start installing it! 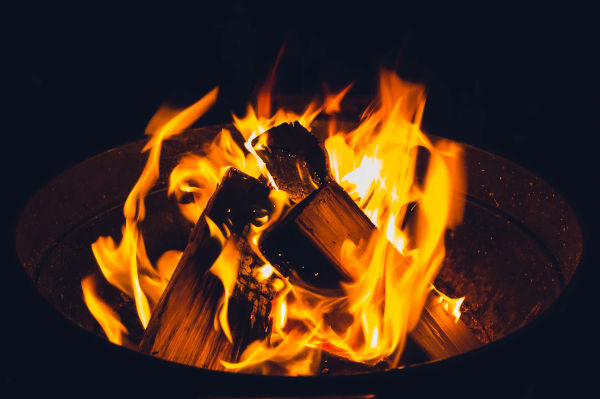 Whether it’s a warm fire in the fireplace in the coldest months of the year or a summer evening bonfire, Saunders Landscape Supply has you covered. Our top-quality Seasoned Mixed Hardwood and Hickory Firewoods are carefully split and set out to dry for at least 8 to 9 months before they reach your door. We monitor our firewoods daily to ensure a moisture content level below 20 percent. Our firewood—delivered free to your door—arrives at your door quickly so that you can enjoy it exactly when you need it most. Firewood is inexpensive, and stores easily to keep you warm throughout the winter. For a small fee, our experienced deliverymen provide a stacking service, saving you the backbreaking work of moving your wood pile in the cold winter weather. Firewood is an extremely cost-effective space heating tool and will save you lots of money on oil or propane used to heat your home.

Saunders Landscape Supply delivers high-quality wood chips directly to your home in Bethesda and surrounding areas in Maryland and Northern Virginia, helping to keep your pathways and tree circles polished and your children safe while they play. Our wood chips are produced from the debarked insides of trees, and because they don’t incorporate any of the bark, they’re much softer and cleaner than other wood chips.

Wood chips encourage healthy plant growth, much like mulch. They provide vital nutrients to plants, helping them to grow strong and healthy. Wood chips also insulate the soil, regulating the temperature and ensuring that the soil retains water while keeping weeds at bay. Wood chips also create clean lines in your garden that provide a visually appealing, well-manicured look to your yard or landscaping project.

Wood chips encourage healthy plant growth, much like mulch. They provide vital nutrients to plants, helping them to grow strong and healthy.